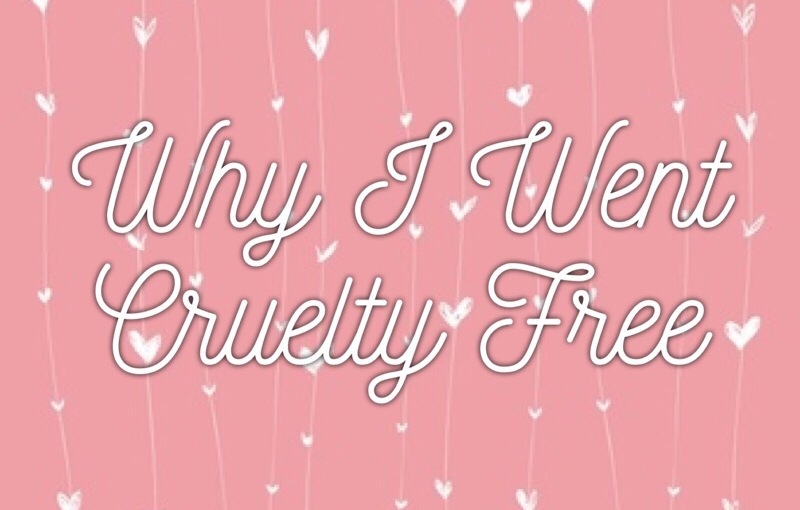 I’ve only recently switched to cruelty free products (approx 1/2 months ago). The reason is that I LOVE animals, before when I used all types of makeup I tried not to think about the fact it’s tested on animals but still used it. I saw all the documentaries, articles and pictures about animal testing and yes it did make my stomach turn but I turned a blind eye to it.

My decision to go cruelty free came a lot later though, it wasn’t through watching videos it was just a snap decision that I made (and thank god I did). I think I was just going through my normal routine of putting on my makeup when I thought “why am I using this makeup when animals have been experimented on for it”. This is why I use cruelty free products. Why should animals be experimented on with products that humans use?! Animals are not there for our needs, they deserve to be treated with respect.

So it’s not too bad.

I use Urban Decay’s eyeshadow pallettes, I have for ages so I was very relieved to find out Urban Decay was a cruelty free brand.

This is my foundation and concealer that I use, both very good coverage and a nice consistency. Before I went cruelty free I used Rimmell London’s foundation, which was good but I prefer this one. The price difference was only £2/3. 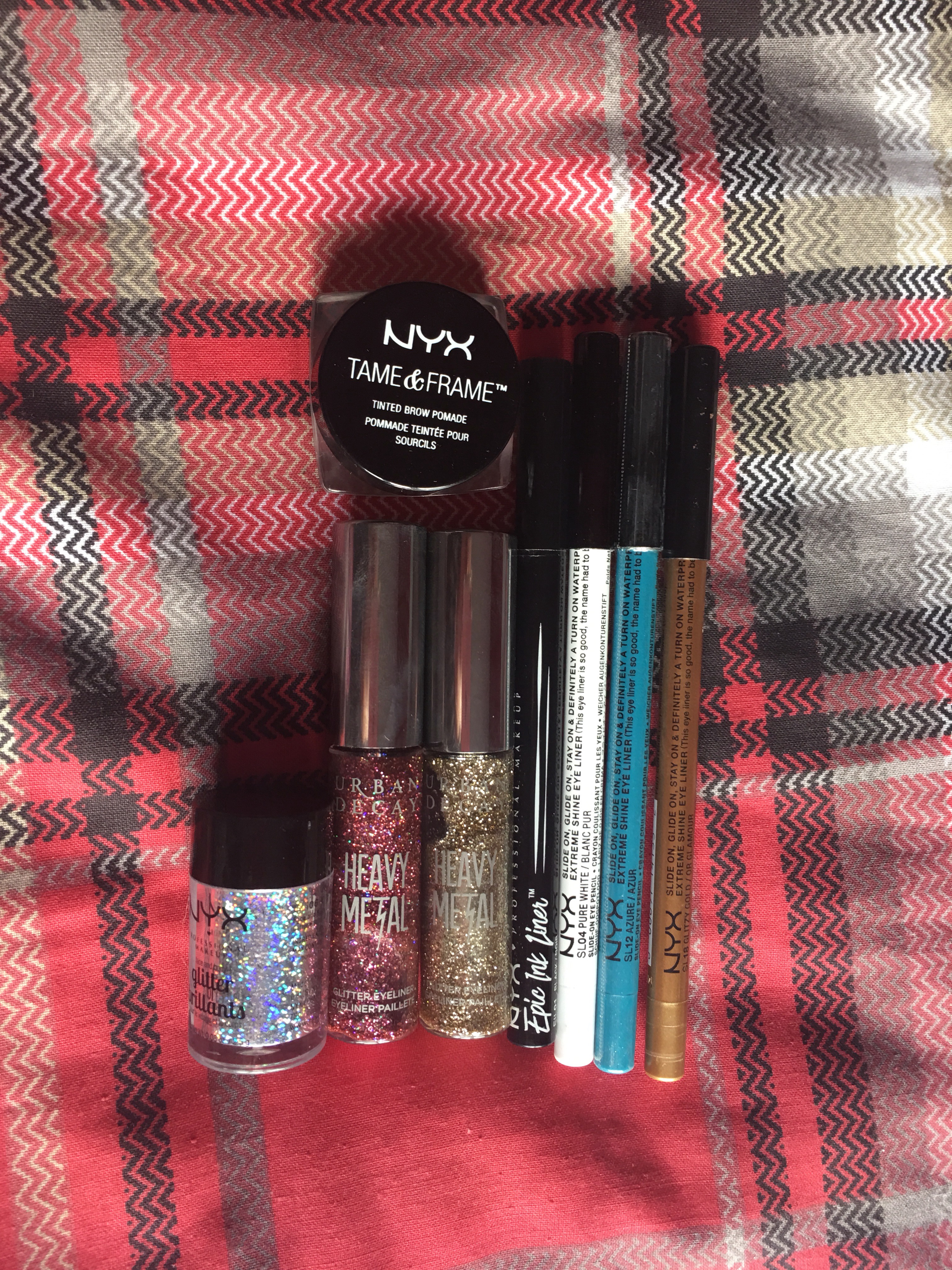 In this picture it shows the eyebrow promade I use, eyeliner pen & pencils, glitter and glitter eyeliners (UD).

These are the highlights/illuminaters that I use. The Urban Decay one is more subtle but still shimmery. 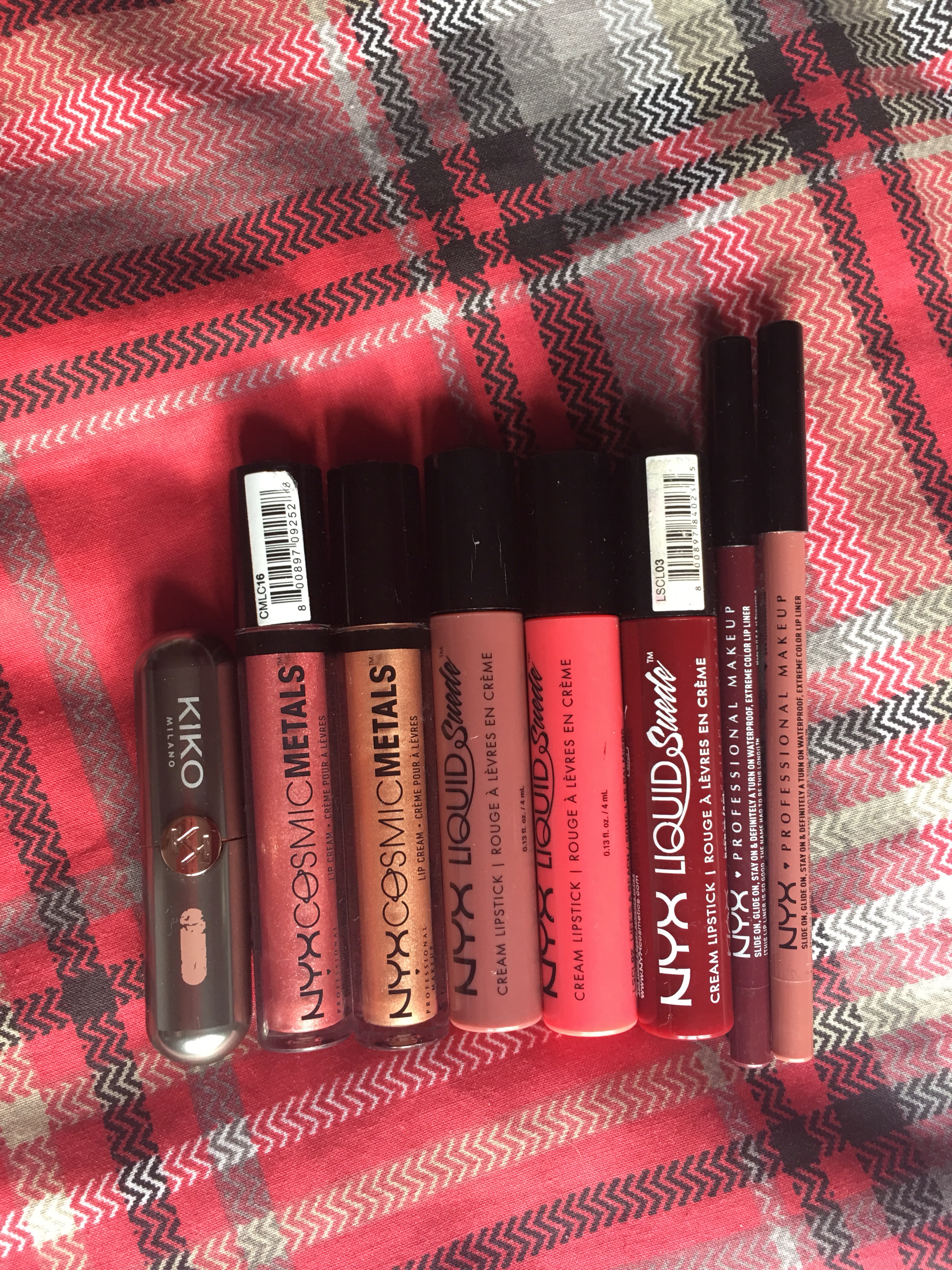 These are all the lipstick/liquid lipsticks/lip liners that I use, I highly recommend all of them.

In case any of you are interested in using cruelty free products here are some makeup brands that do NOT test on animals:

Here are some skin/body care that is cruelty free:

Obviously there are loads more and you can find more out at Peta- easy ways to go Cruelty Free.

When I’m out and about I like to use an app called Bunny Free, which is basically a search engine for product brands. 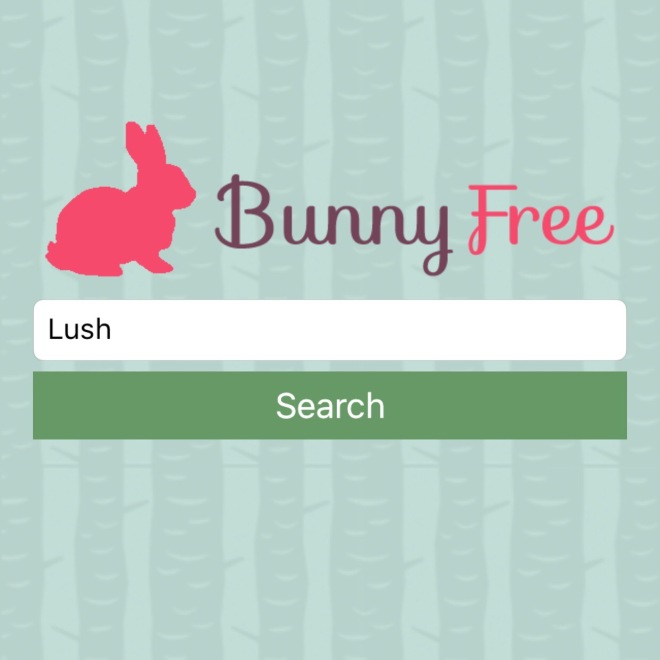 I hope you have enjoyed or found this post useful, I’d just like to say that I in no way judge/think badly of those who don’t use cruelty free products. Every one is entitled to their own views and I respect those that use all products.

What cruelty free products do you like/use?

So as you all must know by now (by reading my previous 2 blogs) that I absolutely LOVE Harry Potter. I’ve been a fan of it ever since I was little. There isn’t one thing that a dislike about the film and book franchise (well apart from Cedric, Sirius, Dobby, Snape dying…but that’s the storyline 🤷🏼‍♀️).

But honestly J K Rowling did such an amazing job at creating such a magical place, it felt so real and I wish it was. All my child hood I always wished I’d get that acceptance letter so this is why going to the Harry Potter Studio Tour was so magical!

I actually went to Hogwarts (well the set) it was one of the best days of my life, thanks to my boyfriend Graham for bringing me (got to give him some credit ey).

This is the outside of the studios, there are 2, ones called ‘J Studios’ and the other is called ‘K studios’ (must’ve taken them ages to think of that name) 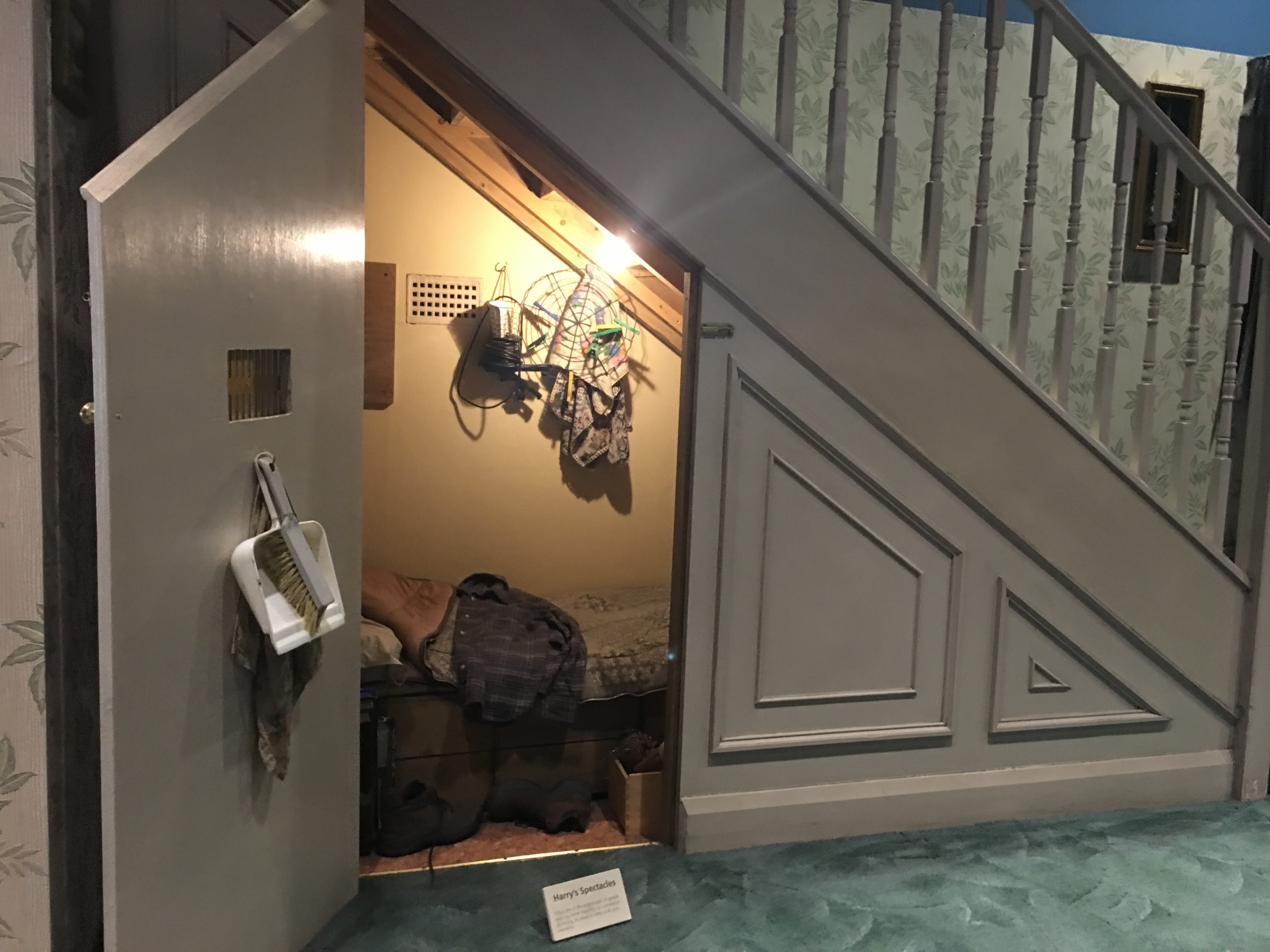 So the beginning of the tour leads you into a room which you and the rest of the tour group get introduced to the days tour by a member of staff. Then you get led into a cinema room where a clip about Harry Potter, actors/actresses, set and producers..etc which is actually really interesting (normally I find those sort of things boring but I guess Harry Potter is an exception). When it’s finished it’s time to …. open Hogwarts doors!

All costumes in these pictures and any of the following are all real and worn by the actors in the movies which obviously adds coolness if it wasn’t cool enough already! 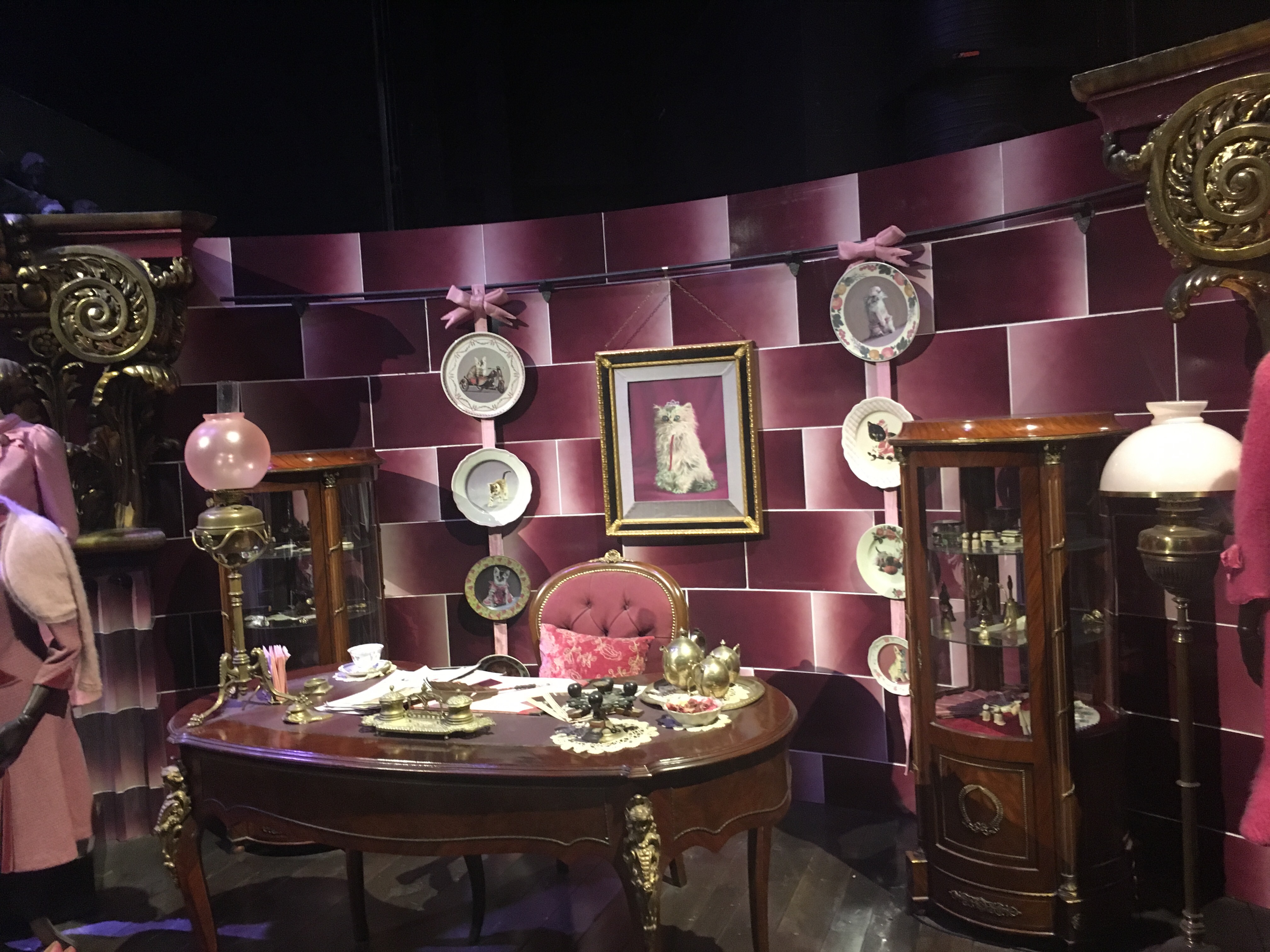 After this section we got to walk in the forbidden forest, which is almost as creepy as it is in the films. 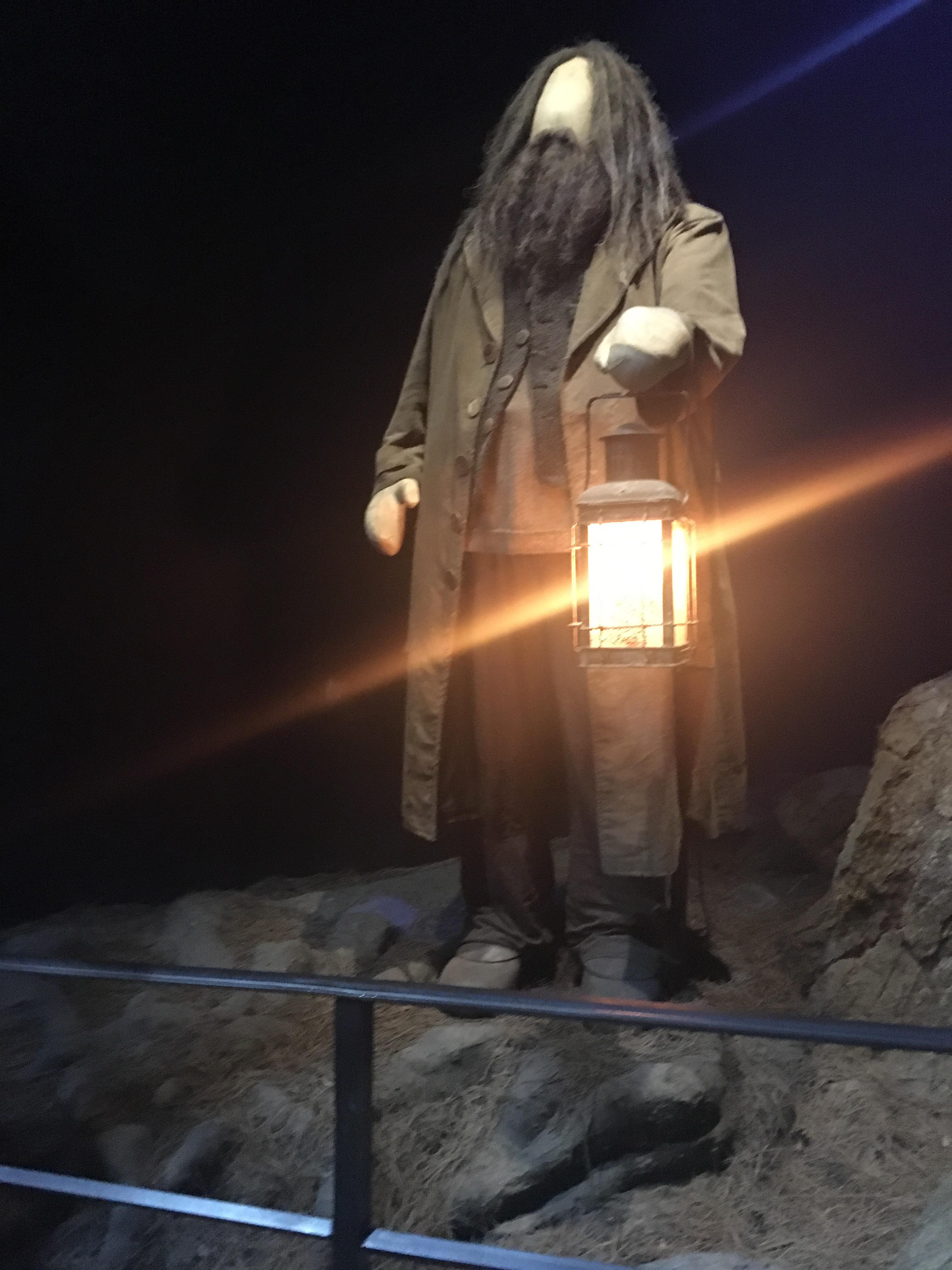 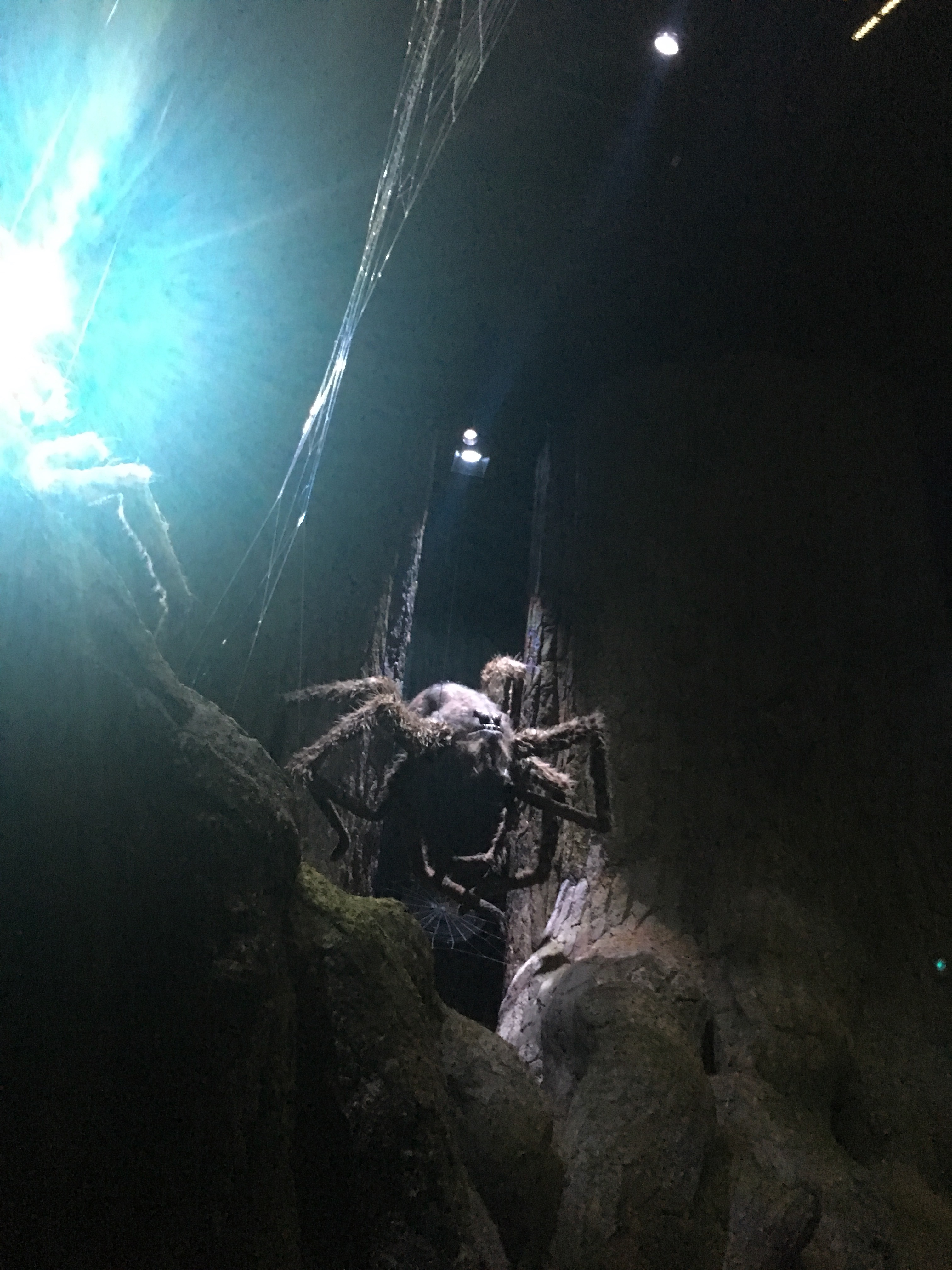 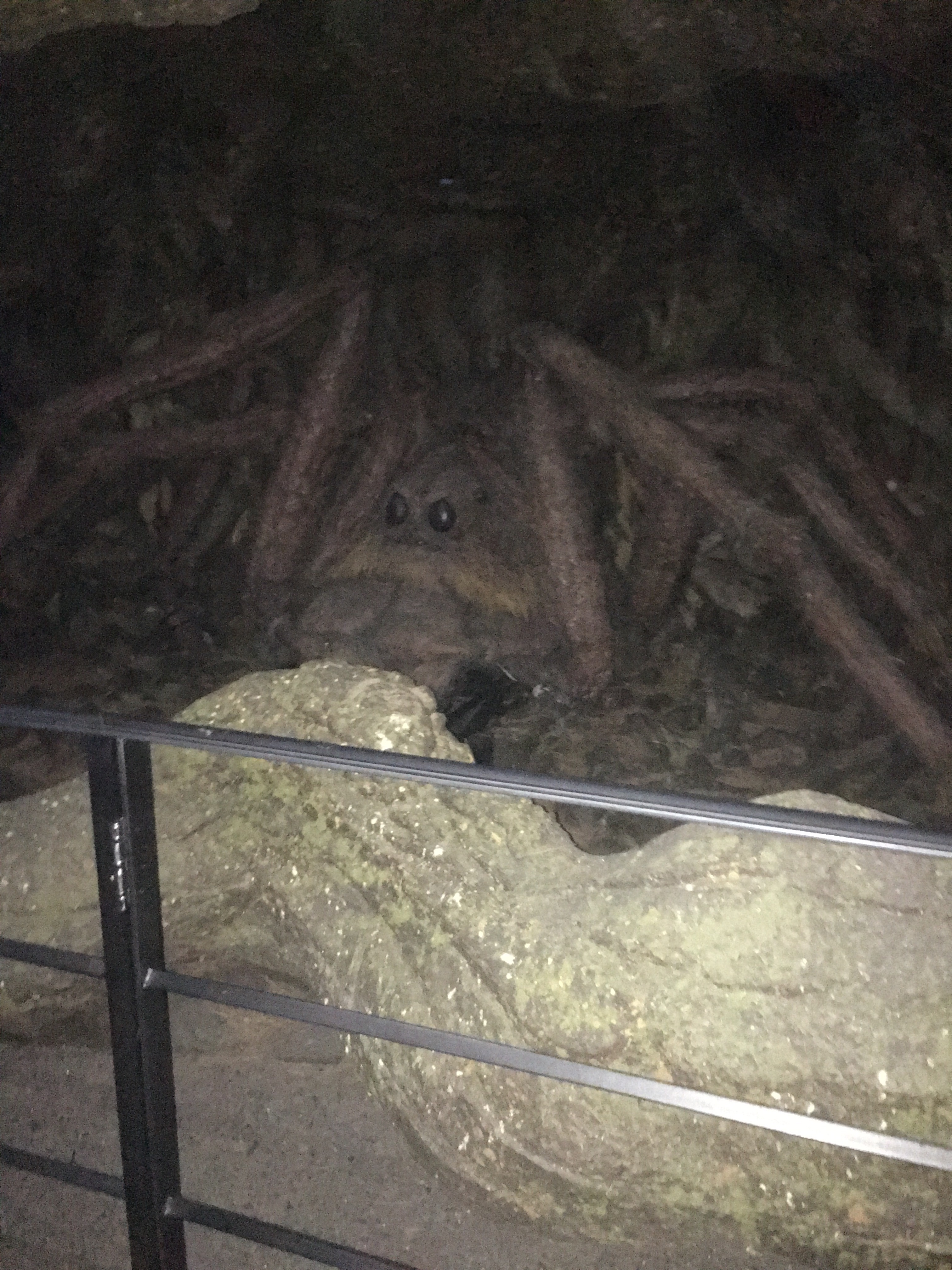 The animations in this part of the tour is amazing though, you even get to see how they make a patronus!

After this it was time to visit Platform 9 3/4! This was one of my favourite parts of the tour as you could actually go onto the train and look into carriages from each movie. 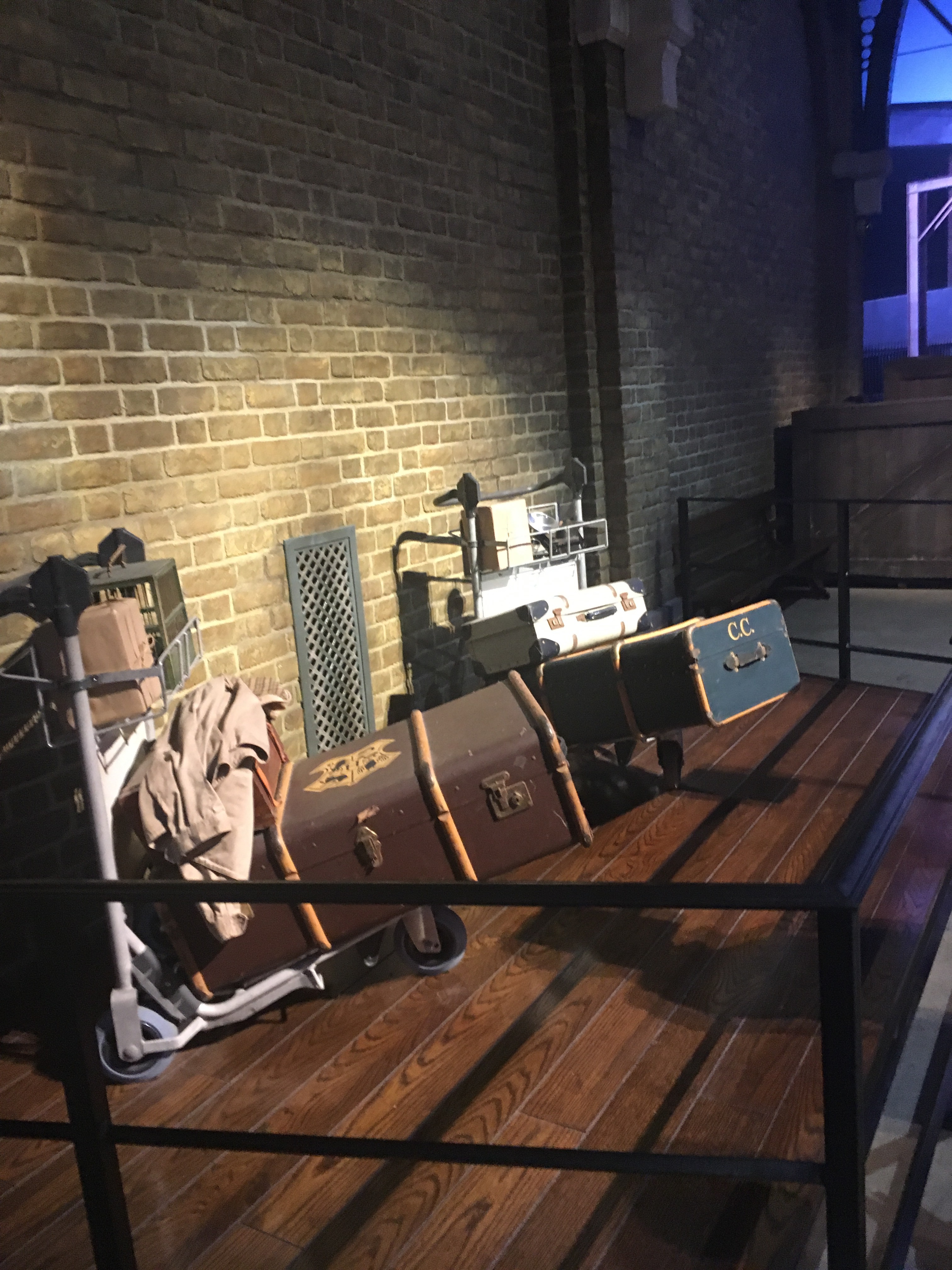 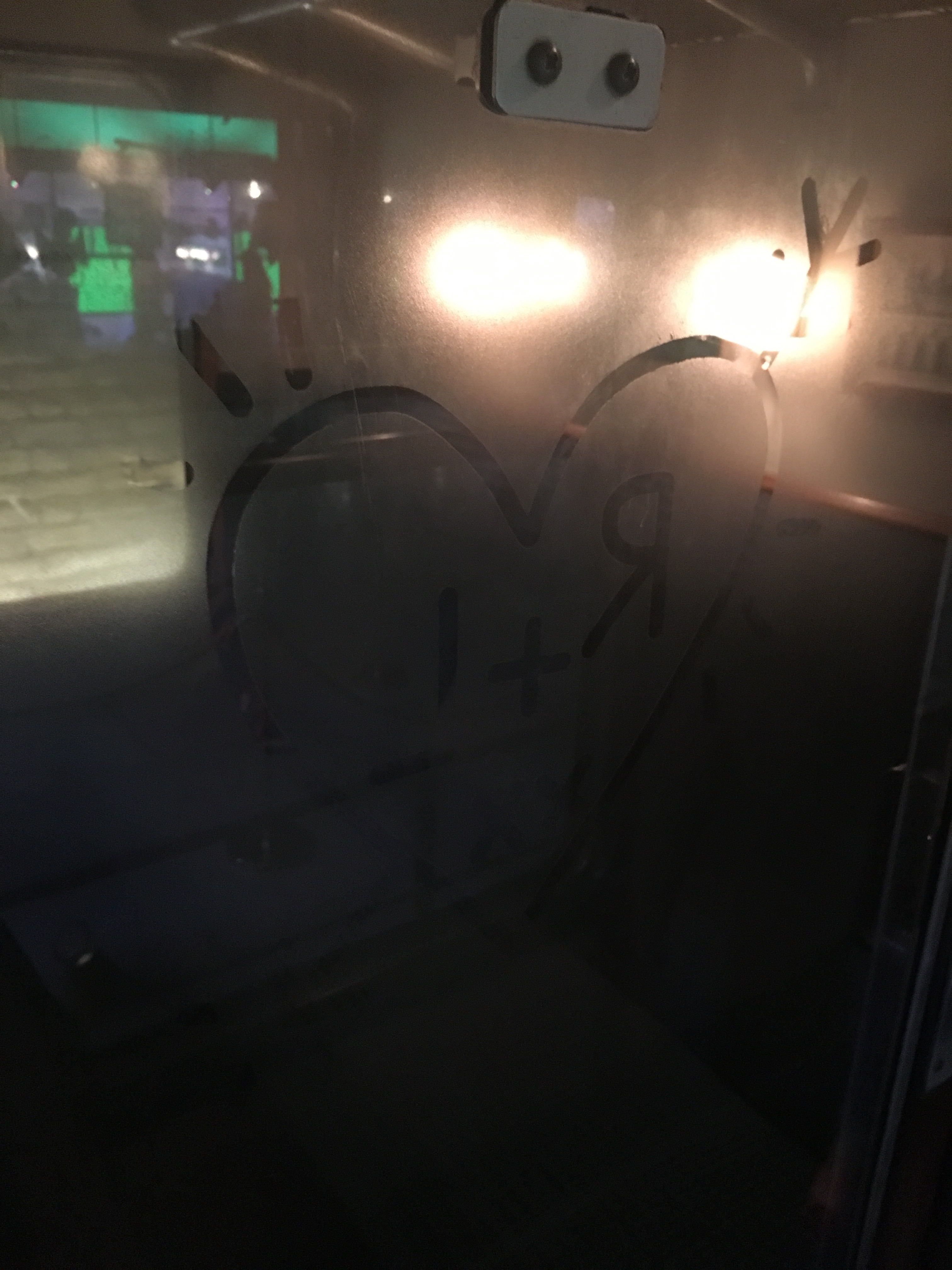 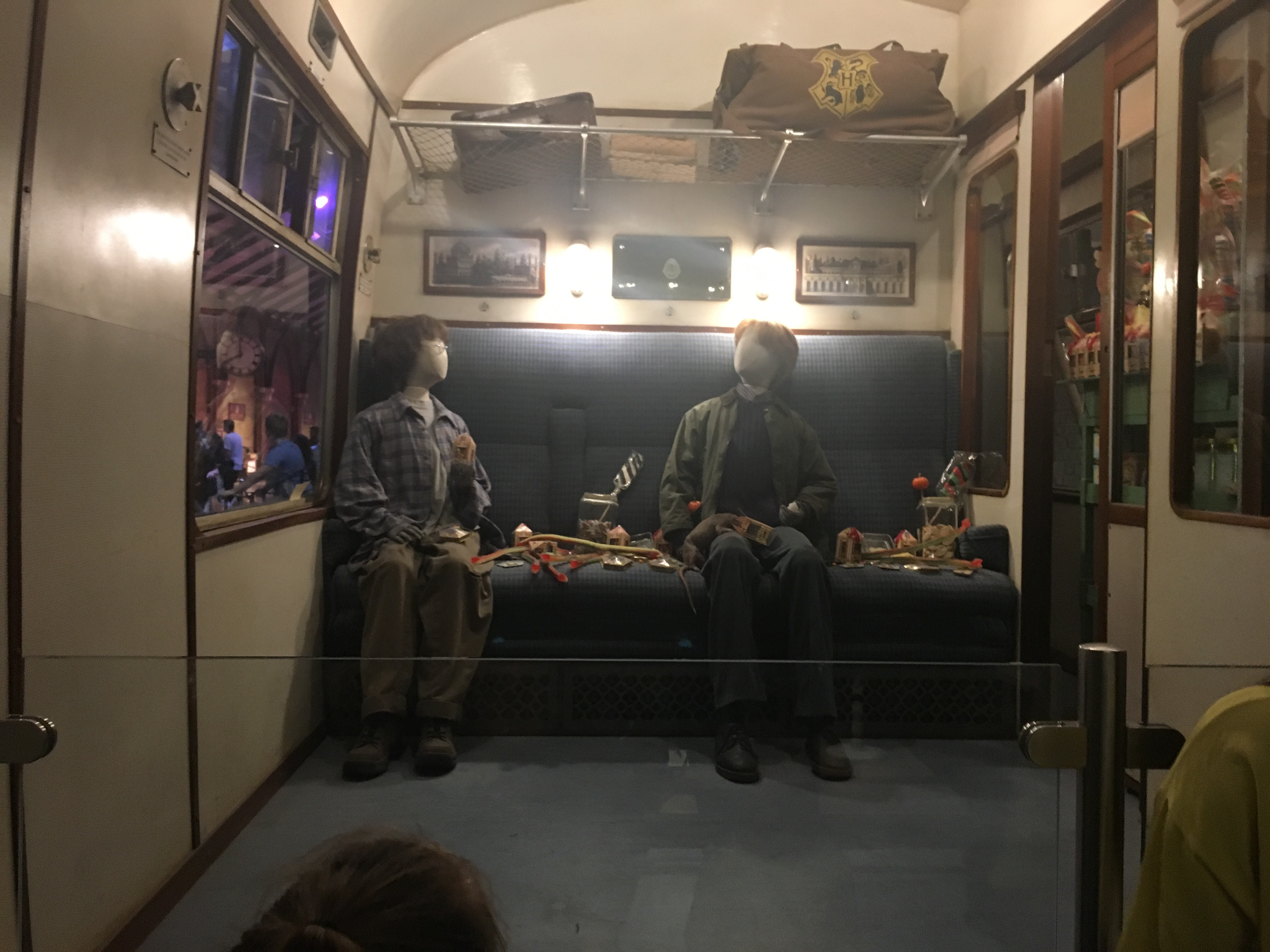 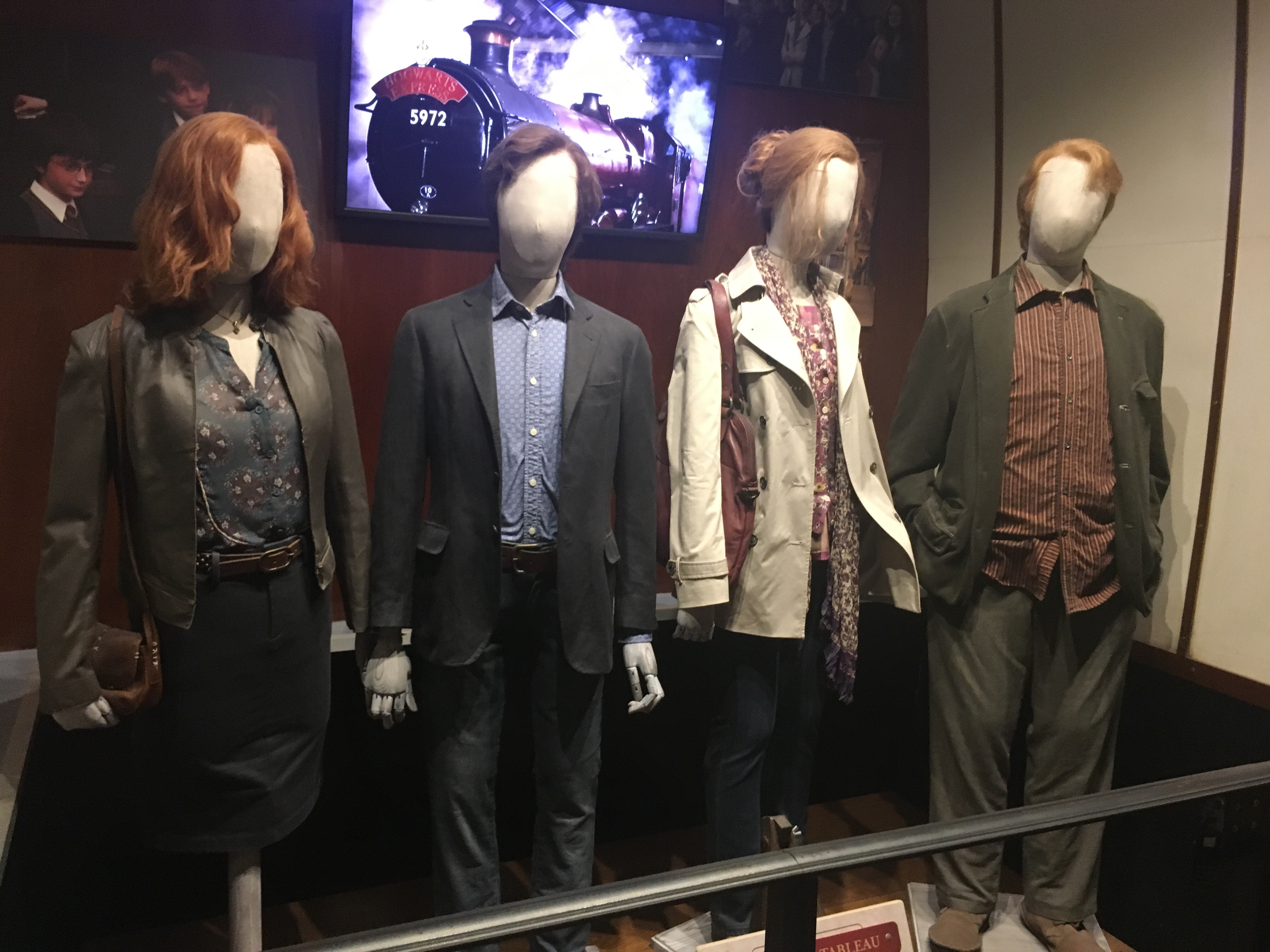 Next up was a break where we got to try Butterbeer!

I personally didn’t like it, but still happy to say I’ve tasted it at the least.

The next part of the tour was outside where we got to see the night bus, Harry’s house, the bridge and hagrids car. 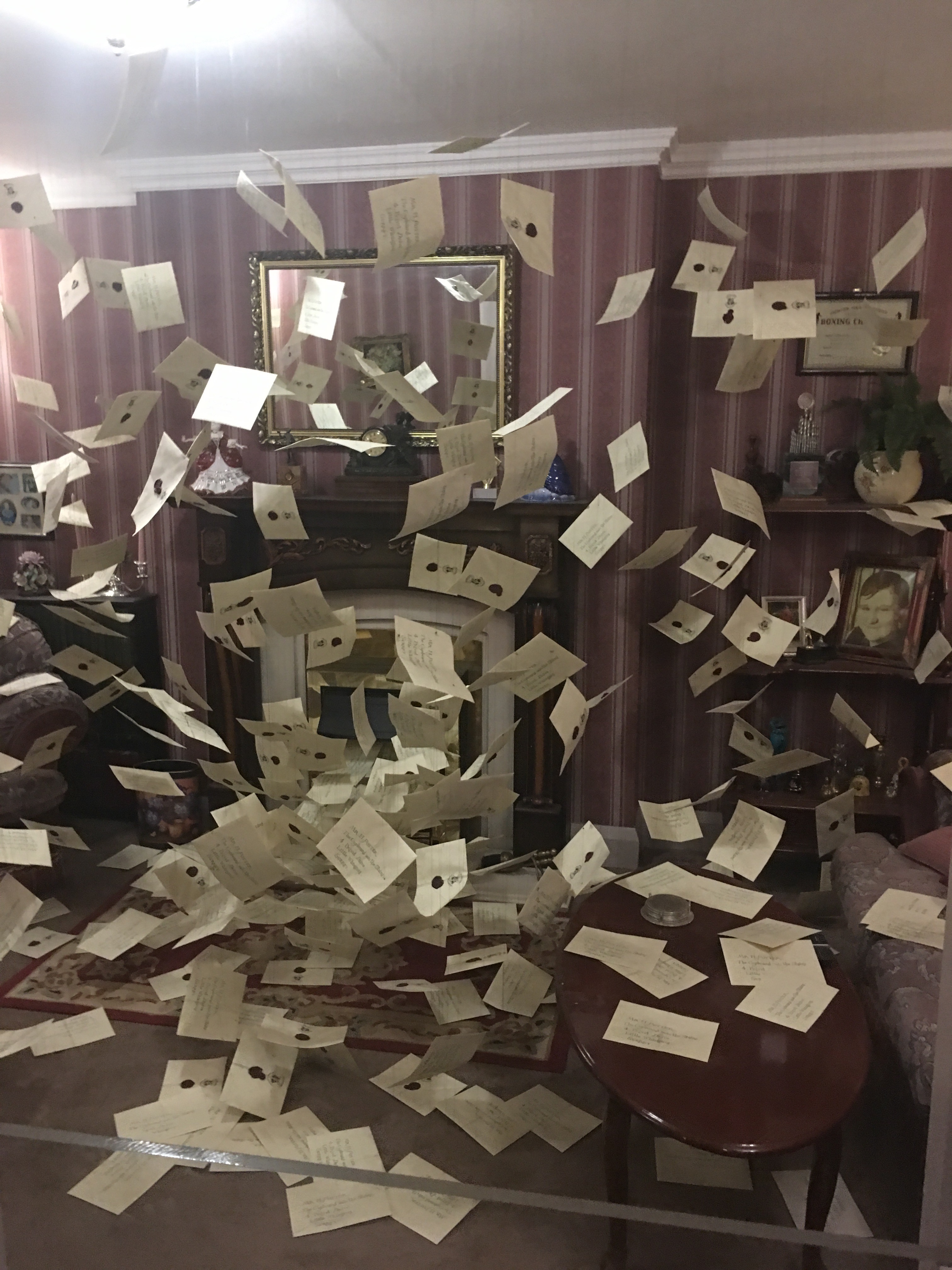 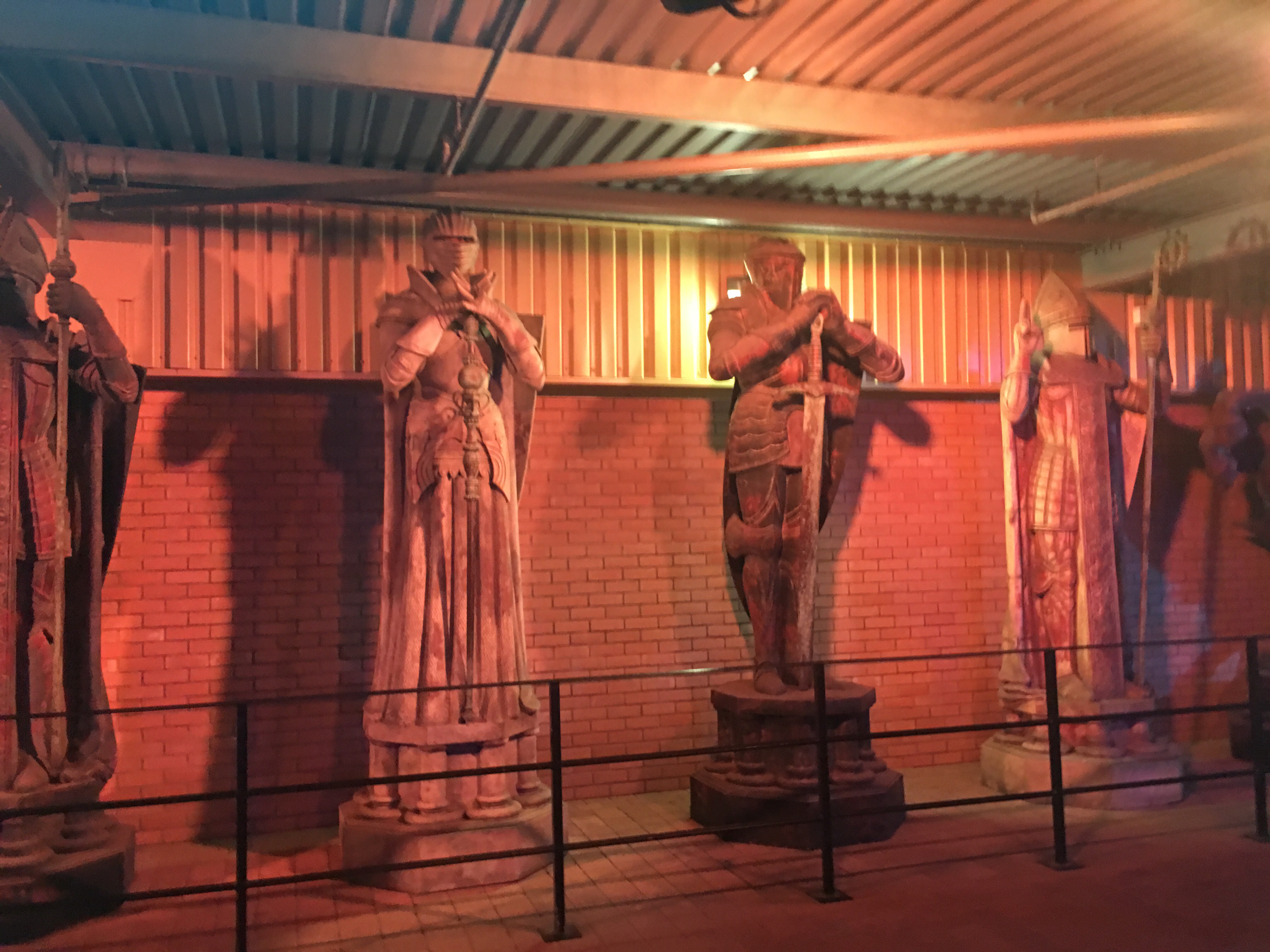 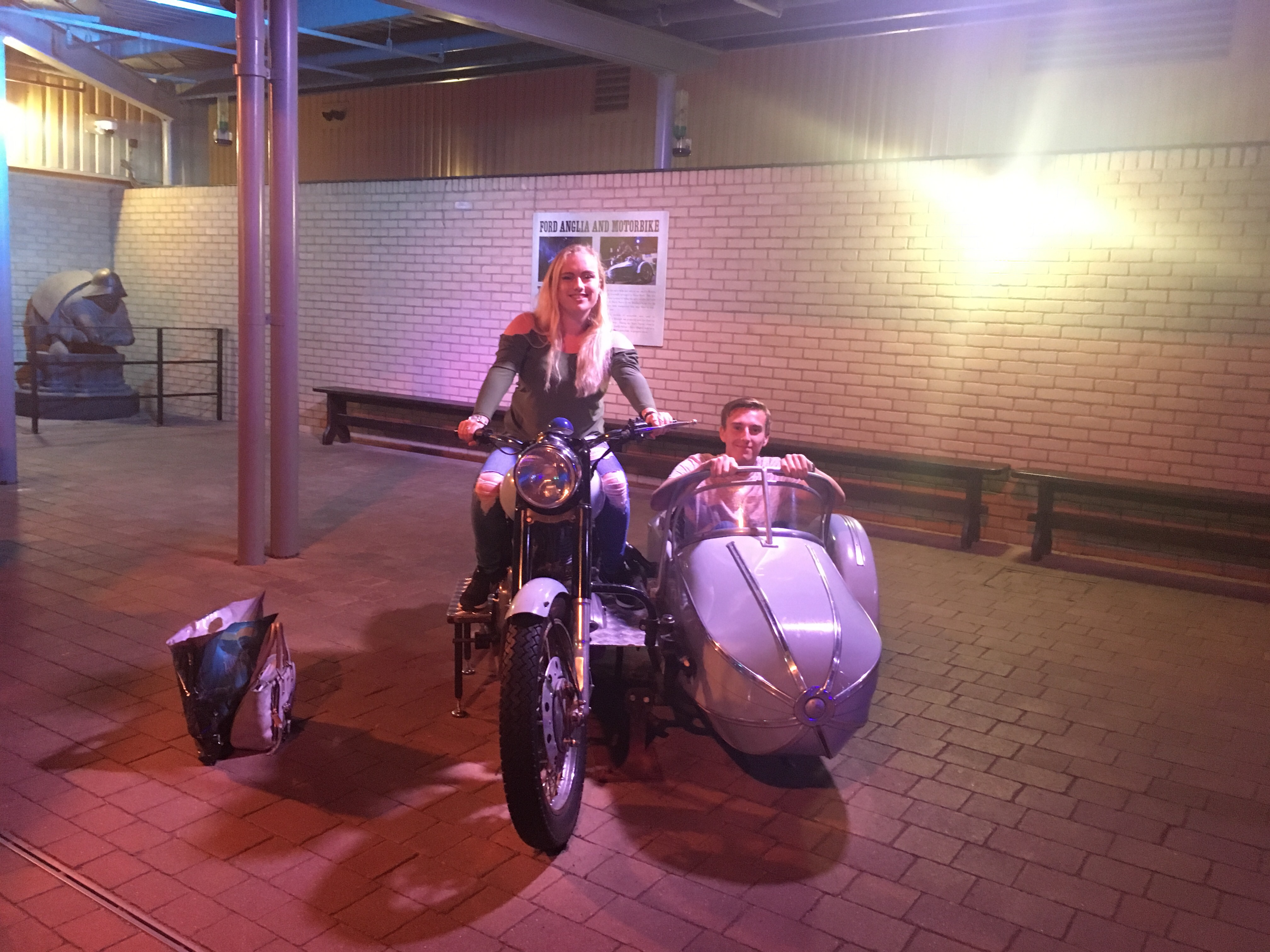 At this point I was still mind blown at the fact I’m seeing all of these things in real life, I couldn’t and still can’t wrap my head around it tbh!

The next part of the tour was inside, we saw how they made the masks of goblins, talking heads, giants, mermaids..etc, it was pretty cool. 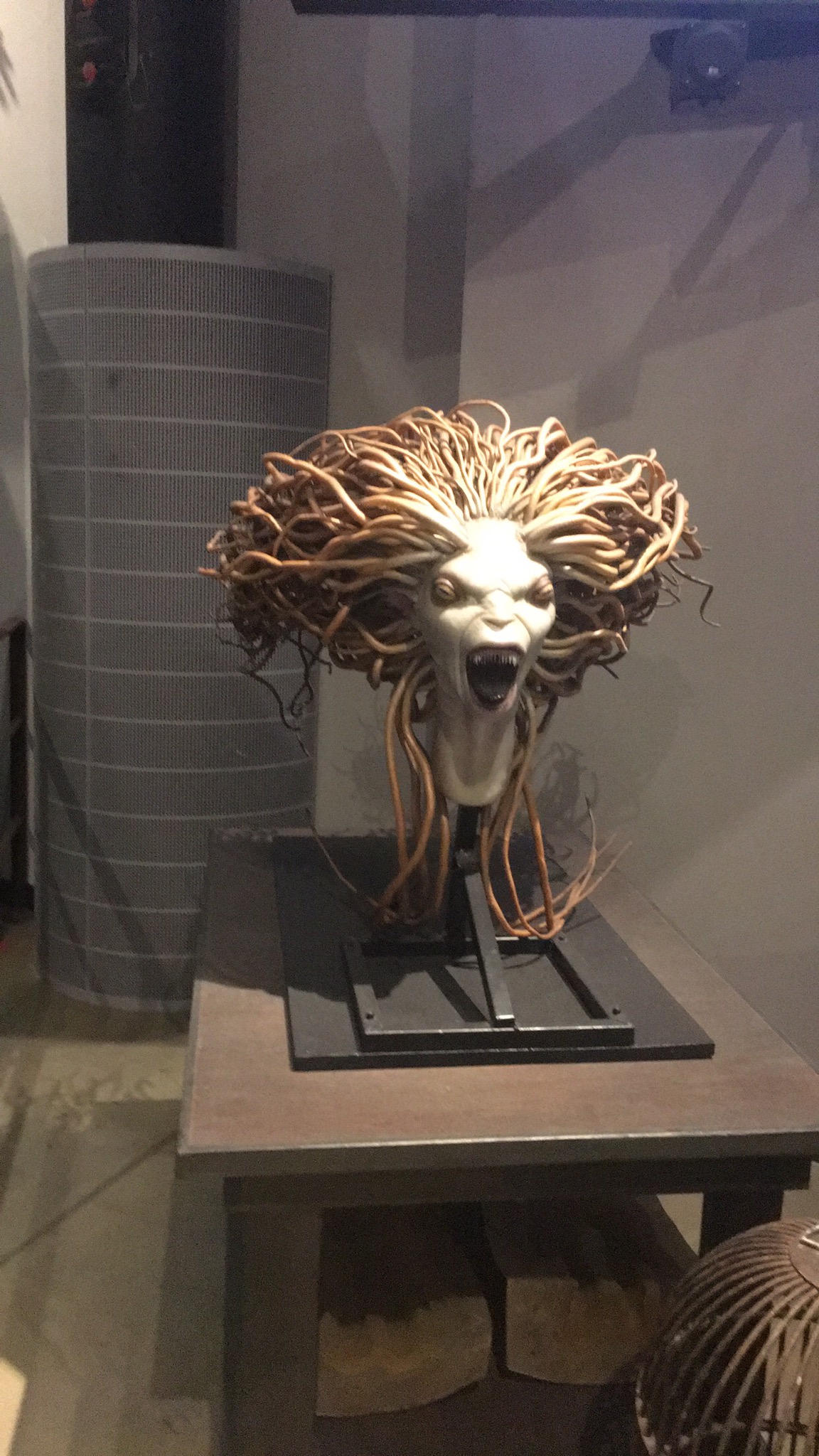 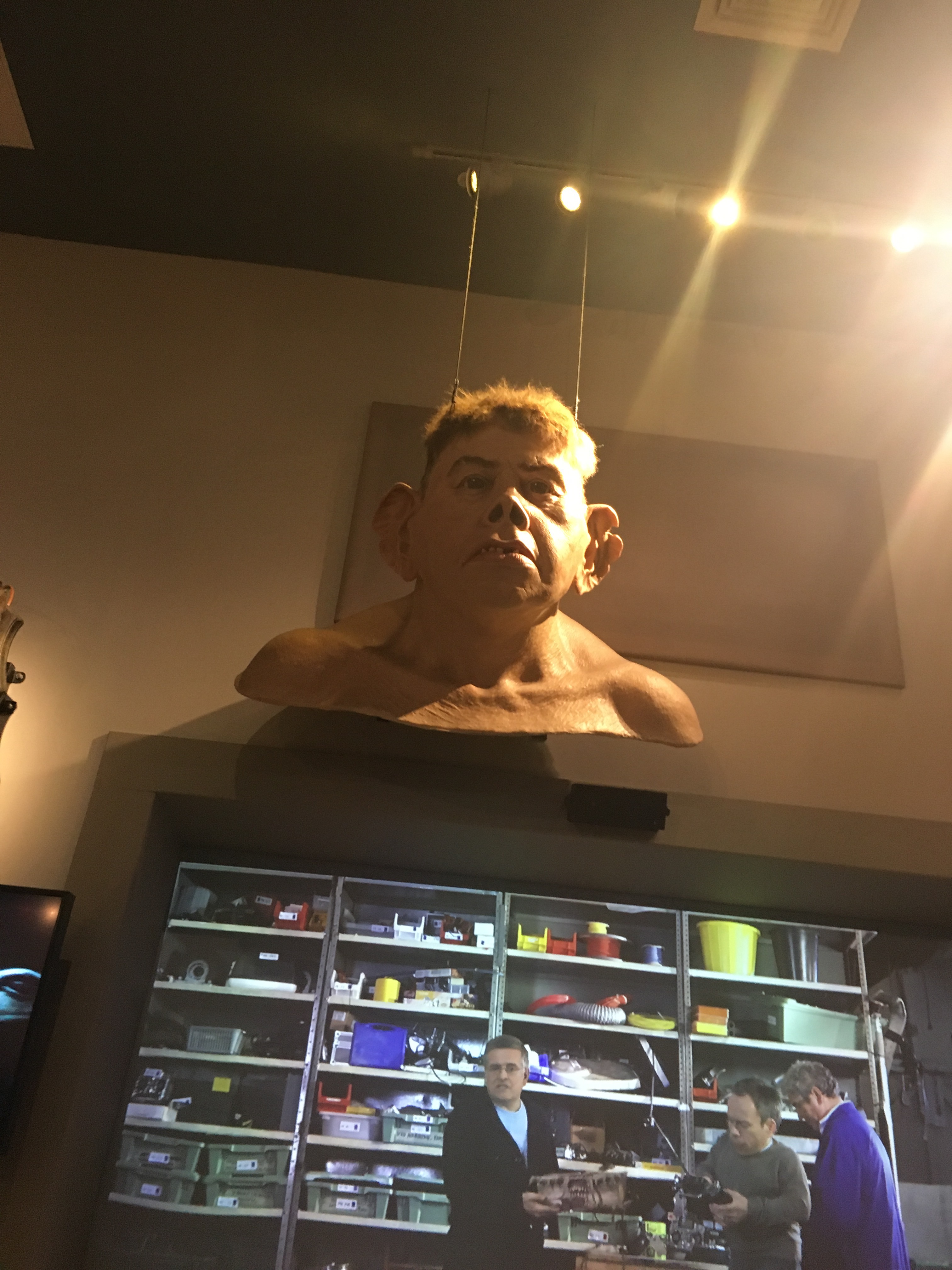 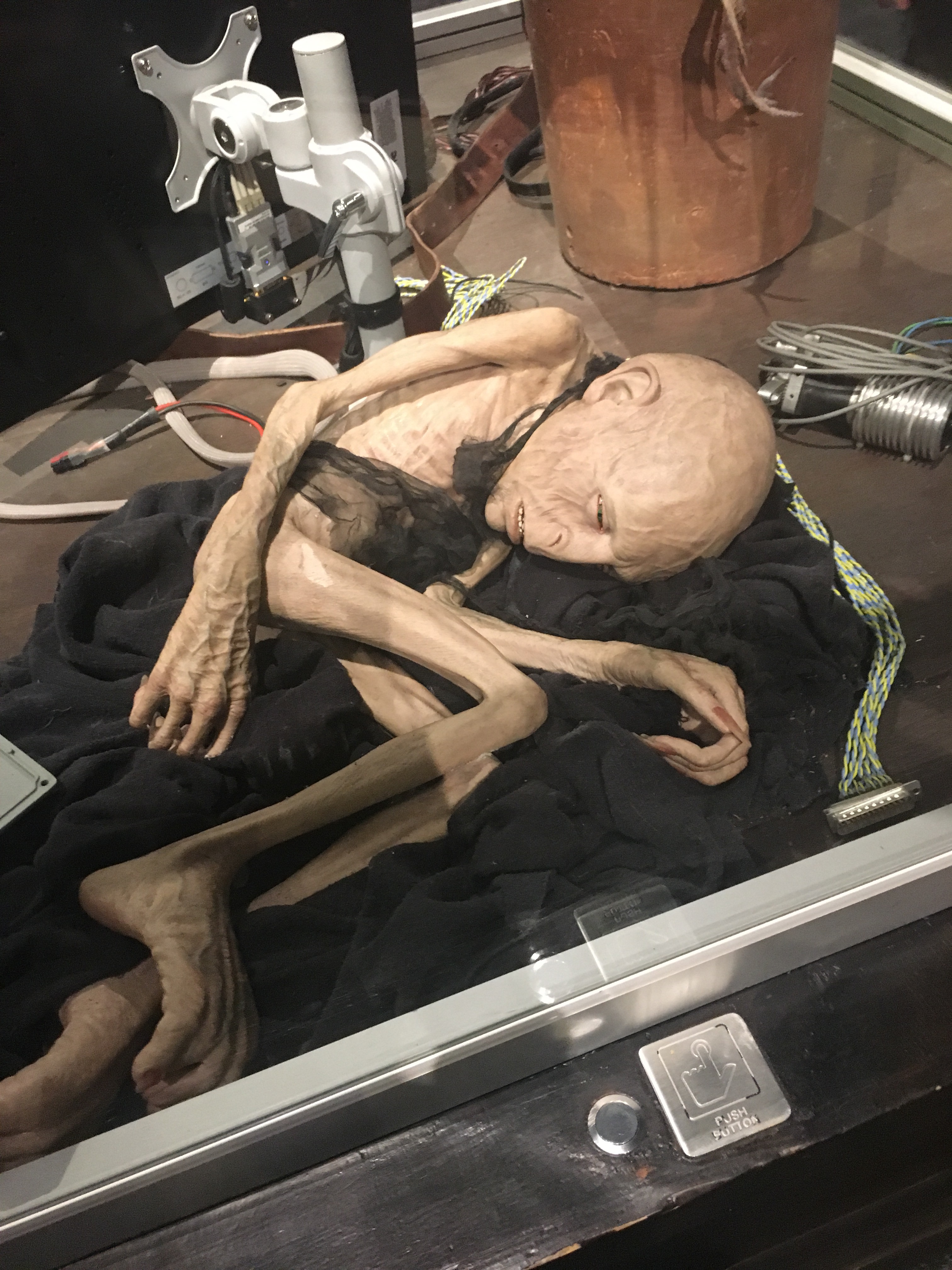 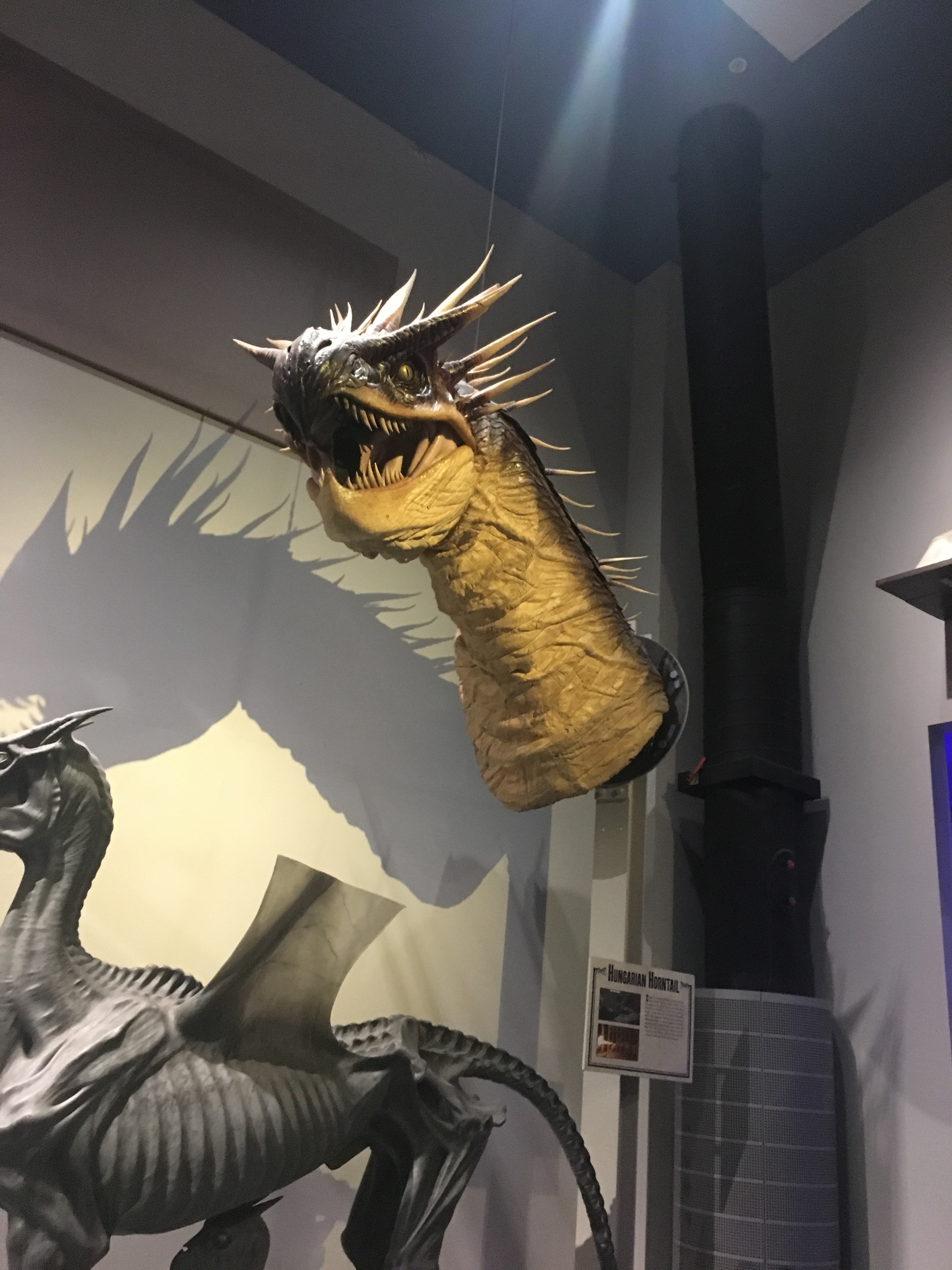 The next part is probably the most instagrammed bit of the studio tour: Diagon Alley! 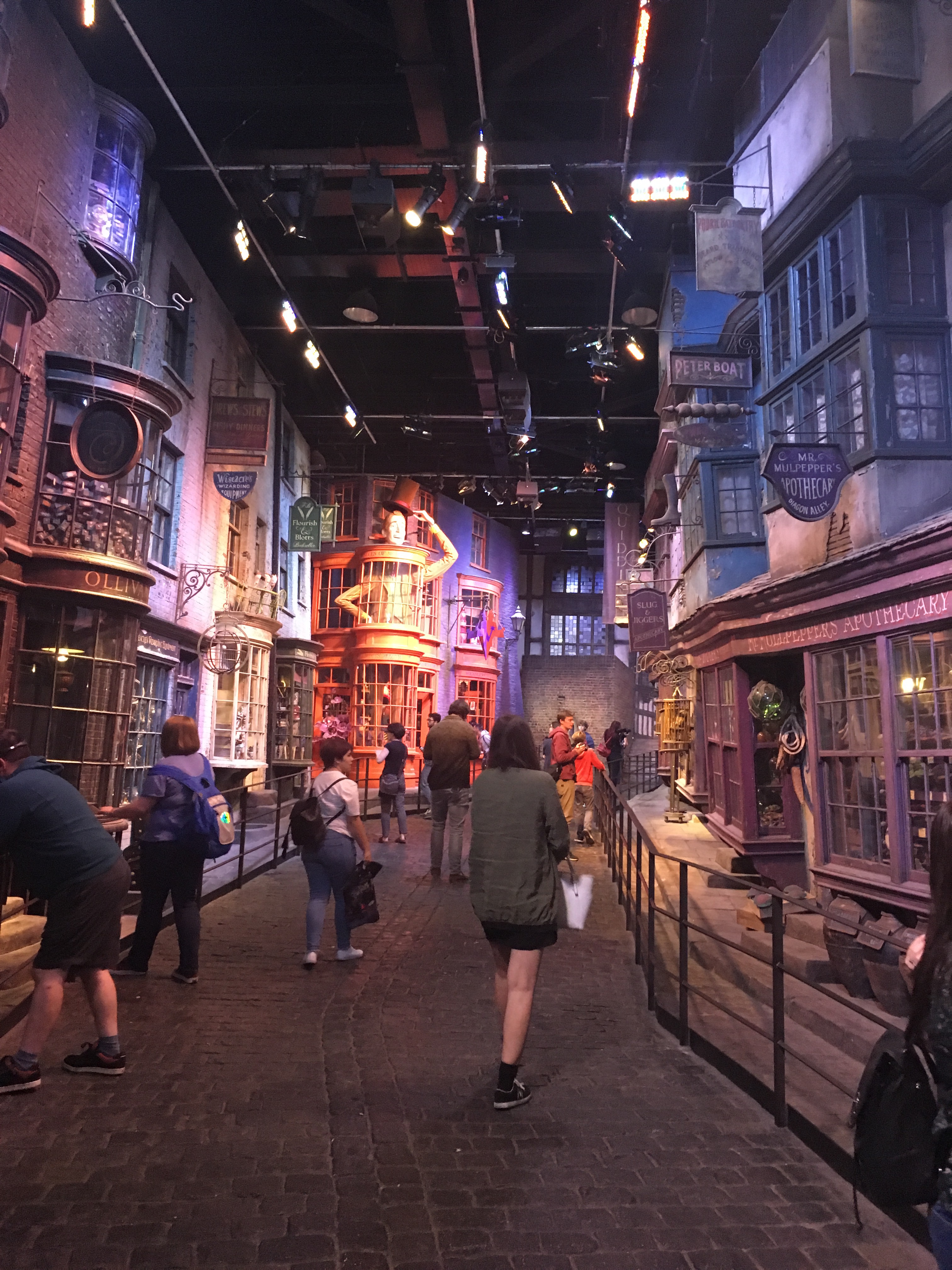 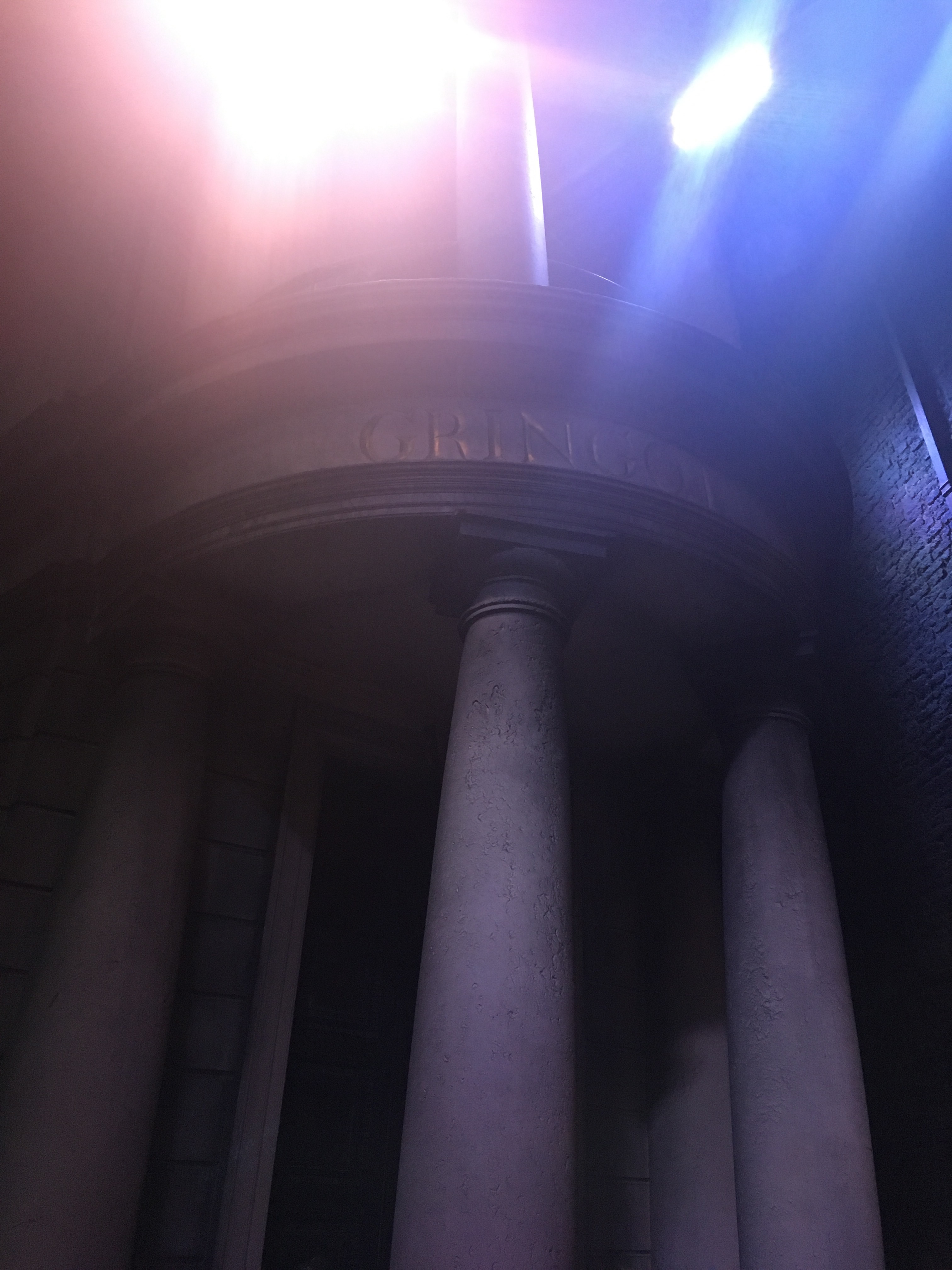 The final part of the tour (it’s okay, let out a sigh of relief I know you want too!) is the model(s) of Hogwarts which you’ve seen on the featured image. 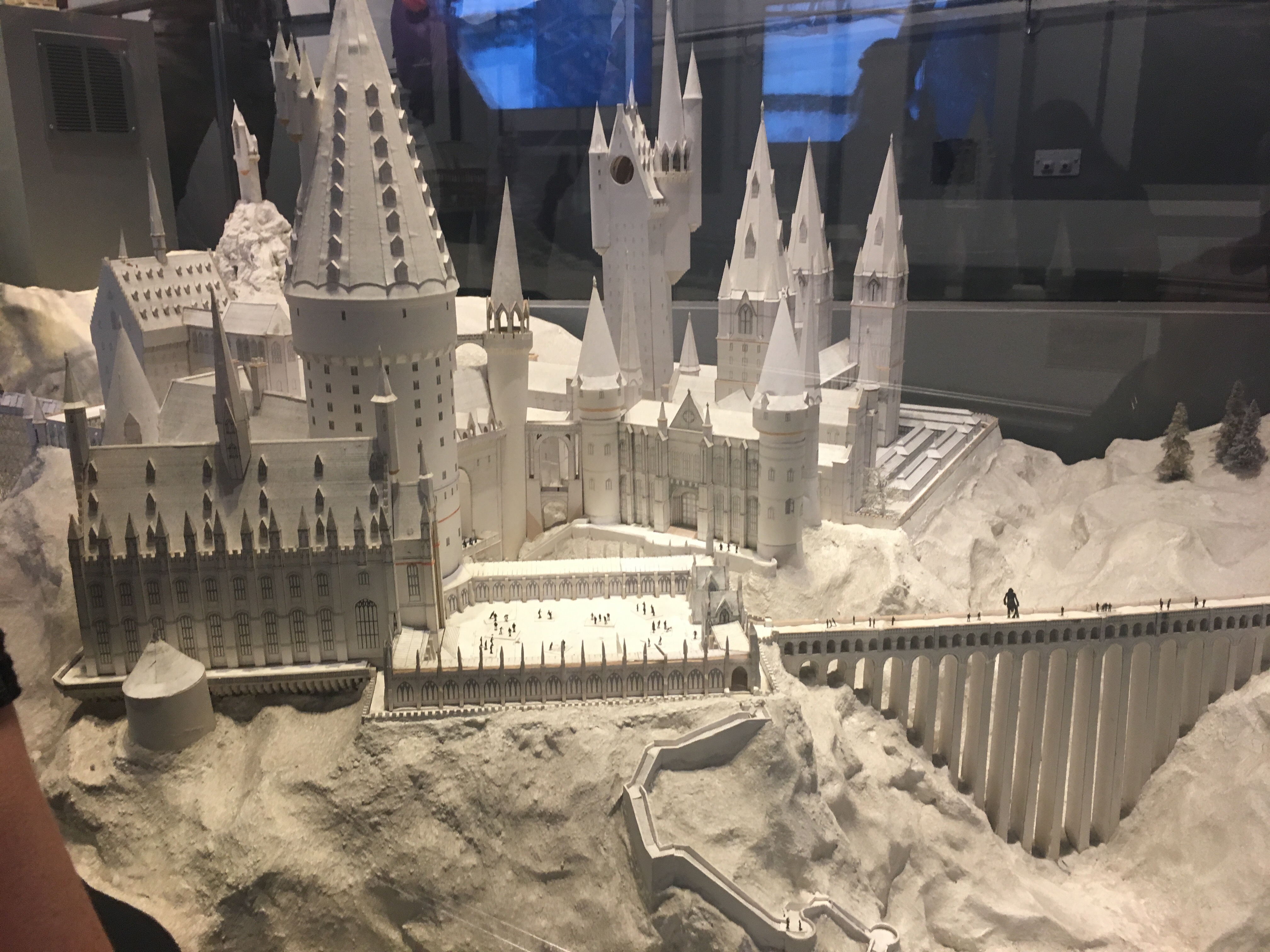 Overall, Harry Potter Studios was AMAZING, it exceeded my expectations and it still doesn’t feel real. I would highly recommend to any of you who love Harry Potter and haven’t gone.

And of course I couldn’t resist buying some Harry Potter goodies.

I’m sorry this post has been so long, I didn’t plan for it to be this long but it happened.

I hope you enjoyed this post, please leave a comment if you’ve been or if you haven’t what your favourite part is.

“Happiness can be found, even in the darkest of times, if one only remembers to turn on the light” -Dumbledore. (Harry Potter and the prisoner of Azkaban)

Which Harry Potter film/book is your favourite?

Seeing as I’m new to blogging I thought a post like this would be a good way to introduce myself.

I can’t think of anything else to add so if I’ve missed something please comment and I’ll happily answer. I hope this post has given an insight to who I am and I’d love if you could comment some stuff about yourselves!

Reading has always been a passion of mine since I was a child, although I did take a few years out I have recently rekindled my love for it.

My favourite thing about reading is how it can take you to a complete different place where it be hogwarts in Harry Potter or wonderland in Alice’s adventures in Wonderland. The way words on a book can create vivid images in my head always amazes me. (I sound like a right weirdo right?)

As for recommendations; I would easily recommend every single book on my bookshelf as I’ve loved them all but that’s way too many. So I’m just going to tell you my favourites and hopefully some of you will read them too!

So my favourite book series is ….*drum roll*………   Harry Potter. To those who know me personally will not be surprised and to those who have me on social networks probably won’t be either. I have read and loved all Harry Potter books and I also think that they’re better than the movies (the movies are still amazing though). However my recommendations are not the Harry Potter series it’s rather the spin offs. 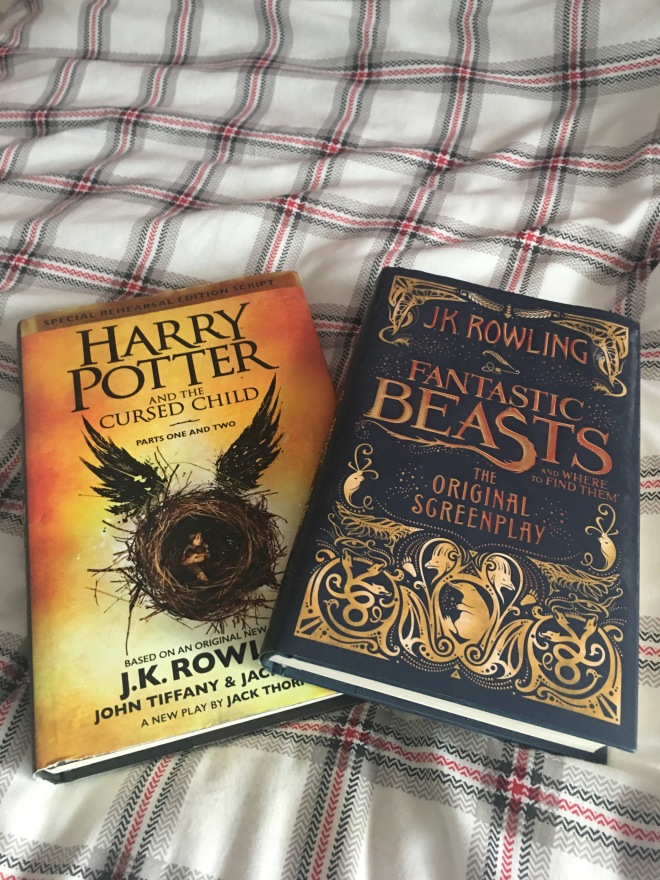 I’m not going to go into the plots as if you haven’t read them (or seen the movie to fantastic beasts) it would be a spoiler. When I first bought these books I was quite sceptical as they’re written in script which usually I find hard to read. J K Rowling however did a beautiful job at writing these books, so good infact I finished each book in one day, I couldn’t put it down! This is why I recommend these books, you won’t want to put them down.

My second recommendation is ‘The perks of being a wallflower’ by Stephen Chbosky. 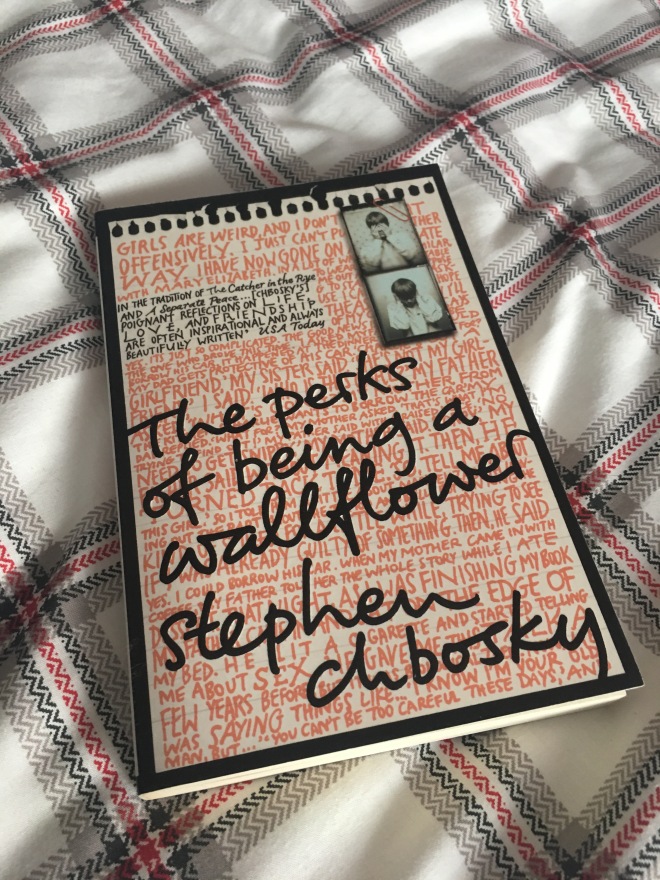 As well as being a great film this is a great book, which I’ve read 3 times. It’s a good read and quite short so if big books aren’t for you this could be. It’s uniquely written and quite honestly a lovely storyline.

My third recommendations are John Greens’ books, I did enjoy his two big hits ‘Paper towns’ and ‘the fault in our stars’ but my 3 favs of his are ‘An abundance of Katherine’s’, ‘Let it snow’ and ‘looking for alaska’

They are all each different (obviously) but all have one thing in common, each and every one of them is gripping and addictive. At first they seem weird but then you get hooked. I highly recommend John Greens work! 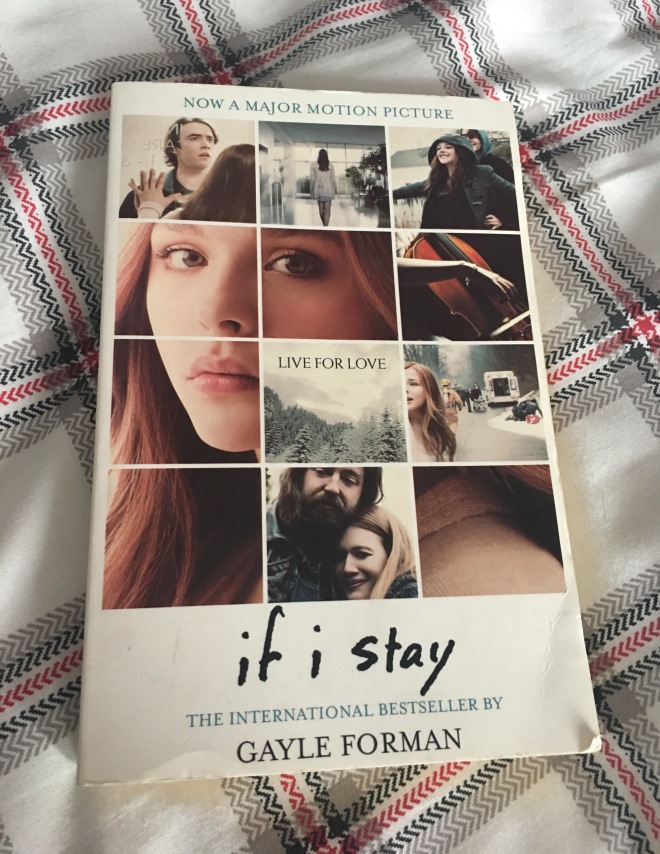 I don’t know if many people have seen the movie but if you haven’t you should definitely read this first. It’s such a tragic story but written so beautifully in this book. Very few books make me cry but this one did. If you’ve watched the film and liked it then I would still recommend this and it’ll just make you want to watch it again.

I can honestly admit I did not expect to like this book because it is so different to the normal types of books I read but it proved my assumptions wrong! Definitely proving the phrase ‘never judge a book by its cover’. This book is light hearted but still meaningful, it’s funny but also serious and it shows such a good message throughout. Definitely recommend this! And I hope Vicky Pattison goes on to writing many more books like this.

That’s all for today folks.

Thank you for reading this, I hope you enjoyed it! I genuinely didn’t think it would be this long when planning it but I’m happily surprised.

Please let me know in the comments what your favourite books are and if you’ve read any of these books and if you liked them! If you didn’t like this post please comment or message me what I can do to improve as I’m new to this